Tank Takeover is an arena arcade-style local multiplayer game for two to four players. It was made during the last seven weeks of a Gamelab course. Gamelab was a course where you worked together in a team of programmers, artists and designers to create a game. It had a duration of fourteen weeks, working "at the office" for one day every week.

In the case of programming work I mostly worked on the tank movement, game controls (in the menus and during gameplay), and implementing the in-game user interface.

Of all games created during that course Tank Takeover was awarded the Best Design and Best Game awards. We decided that we wanted to continue developing Tank Takeover and applied to and were selected to show our game at the INDIGO showing by the Dutch Game Garden at Gamescom 2013.

Four player game in progress on the map "Vengeance". 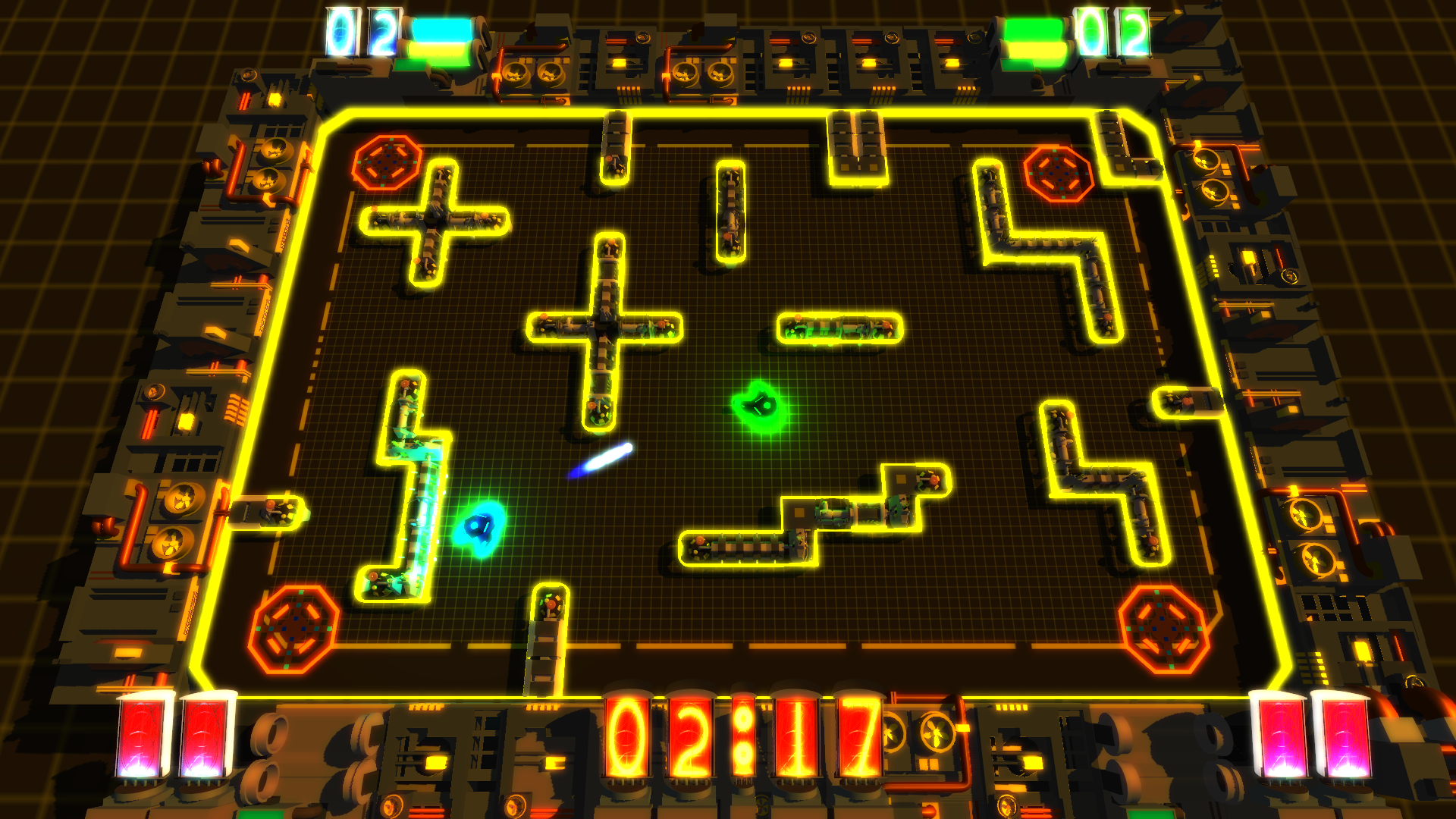 Two player game in progress on the map "Reprisal". 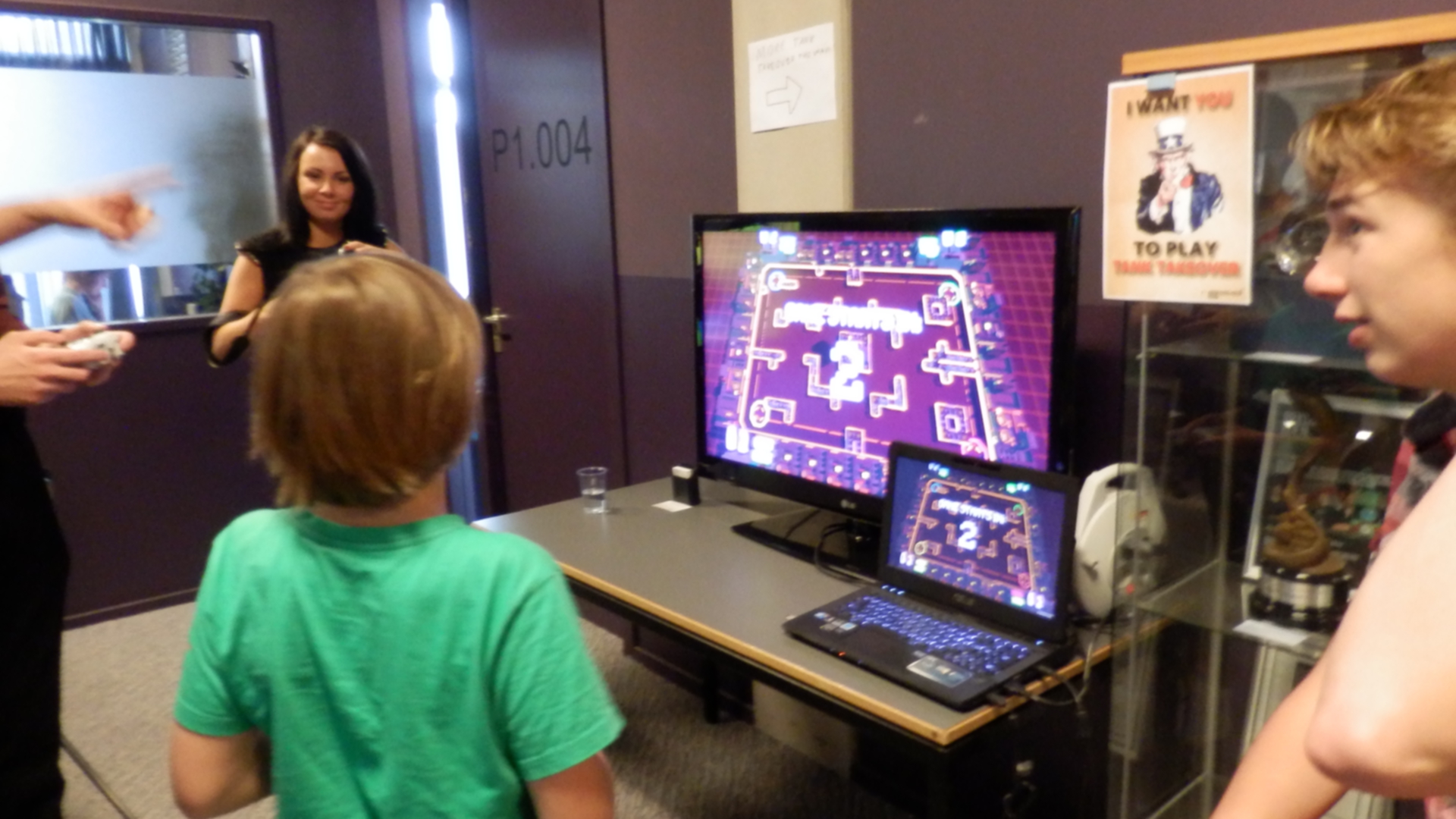 The game being played at the release day at the end of the course. 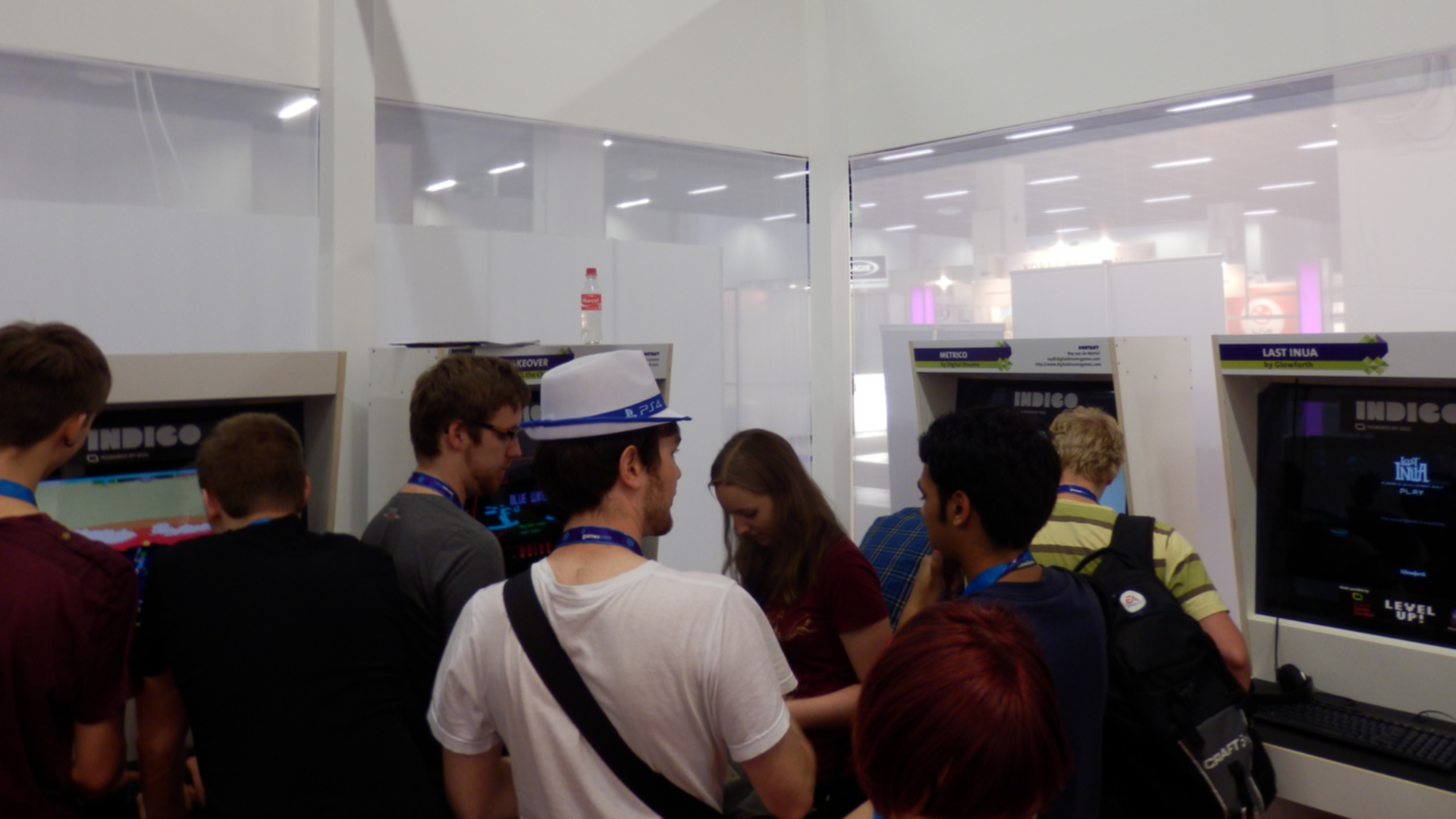 The game being played at Gamescom 2013.